It’s an odd thing when you see memes and posts on social media related to domestic abuse if you’ve been in a relationship with a narcissist. It’s even stranger if you’re an Empath no longer in that relationship. You read and acknowledge the trigger warnings, but it doesn’t help; you start to relive arguments and fights and screaming matches. You start to feel the shame and guilt that really never should have been yours to start with. And you get that nagging voice in your head that says, “He never hit you so it’s not really abuse. You’re not a victim.”

But you are. And you’re a survivor. You’re not a loser, pathetic, weak, or stupid. You are a special soul; you are an Empath. Your energy is very attractive to narcissists. They play everyone, but you were special because, unwillingly and quite involuntarily, you played back. Like a sick game of tennis this goes back and forth. He needs someone to listen to him, believe him, care about him. You need to fix the broken people in the world. And that’s how the cycle begins. 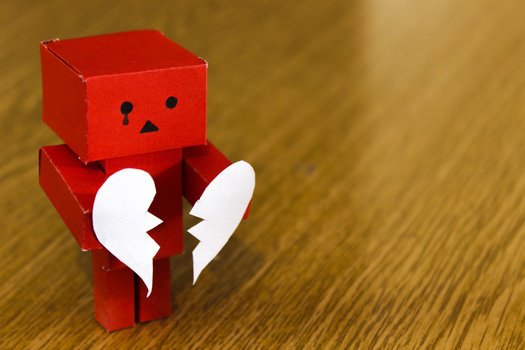 In the beginning everything is beautiful. You’re both in love. He takes you out and buys you things. Then, he starts opening up to you about his past and all the pain he’s endured. And like a good little sponge you sit there and listen and absorb it all. His mom neglected him, his dad abused him, his mom neglected him, his sisters tortured him. And you listen. You feel sorry for this poor, broken, wounded soul. You can fix him; you can heal the pain.
But you can’t. You really can’t. When you try that’s when you’ll see a different side. When you point out a difference in a story he’s told repeatedly he’ll say you’re wrong. You didn’t hear it right. Your memory is going; you’ve always had a bad memory anyway. You’ll go to call your sister to ask if she noticed that you had a bad memory growing up and then you’ll remember you haven’t spoken to her in a few months. Or any friends. You used to see your parents every day and that’s dropped to once a week, for only an hour at best. Something has changed. You are changing.
You used to be bright, and funny, and energetic. You don’t watch certain movies or tv shows anymore because he thinks they’re stupid. Why would you want to watch this crap? You don’t read nearly as much as you did. There are books everywhere! Are they more important than me? You don’t talk much anymore because nothing you say is right. Now you slump, and cry, and barely talk to anyone. Friday Karaoke and Saturday at the bar don’t happen anymore. You look in the mirror, but you’re really not sure who it is looking back. What’s changed?

You now have someone who is candy coated poison living with you. That candy coating drew you in. You’ve become an ant on a lollipop that got stuck without even realizing it. Is this what a healthy relationship looks like? Ridicule, and snide remarks. Lies set up to make you look stupid. He saves the poison for private, at home moments. You didn’t load the dishes right again; how many times do I have to show you how this needs to be done? Are you really going to wear that out; you look like a potato? Why are you taking that class, you never stick with anything anyway. Slowly but surely his voice becomes the one you hear when you’re alone. His voice becomes your voice and all those horrible, nasty opinions of his become your reality.
On the outside, he shows that candy off like it’s going out of style. You hear how lucky you are and you better marry this one before he gets away. You start thinking maybe it’s you. Maybe you’re the crazy one. It’s not that bad is it? After all, he doesn’t hit you. Just the doors and walls. And he broke the picture frames. And the coffee table. But it’s ok. Maybe it is just me. It’s normal to be afraid to come home. It’s normal to get 20 texts in an hour asking where you are, when are you coming home, who are you with. It’s normal getting voice mails yelling and screaming about you not picking up the phone even if you’re at work and could lose your job if you did. He’s the priority. Your job doesn’t matter. He makes way more money than you anyway. And you better be damn glad he does because he supports your dumb, lazy self. And don’t you forget it. But he loves you.
You don’t have to live like this. You deserve better. You can find someone to love you despite what he has said. You’re not crazy, he is. Before you think you’re depressed you need to make sure you haven’t surrounded yourself with soul sucking black holes disguised as human beings. Or just one in particular because typically he’ll have you isolated. That way you have to depend on him. Which is quite amusing because he’s the one that needs you even though he has you convinced you need him. You’re his battery. It’s through you that he has power. Without you he is nothing. Without you, he has no one to listen to his poor pitiful me stories or believe his lies.
You are a powerful force in this world. You see people and feel their pain and joy like no other creature. There will always be people who will try to steal your sunshine. You’re better than that. You are stardust. Don’t let them steal your sparkle. And you learn the signs of a narcissist so you can be sure to at least keep your guard up if you can’t avoid being around them. The benefit is, once you’ve played the game you know the score and you don’t have to play anymore.
As always, you’re worth it, I’m proud of you, I’m grateful for you, and I love you. Now go be strong humans.

2 thoughts on “Is This What a Healthy Relationship Looks Like?”