Before I put him in the tub, I usually have to clean it out. That means putting up the shampoo and conditioner bottles, picking up razors, and putting stray wash clothes in the laundry. But tonight, there was a change.

Tonight, there was a demon in my tub. A 6 legged, hopping creature born from the fiery pit itself. This beast is called a cave cricket. Or a camel cricket. Or, as I have so deemed it, a demon cricket.

Now, I can hear you. “Train Wreck Mom, it’s just a cricket. In fact, in some cultures, they’re considered good luck.” You can just kick rocks with all that. All the way down the road you go. And take the demon cricket with you.

See, they look like spiders. But, they jump. Like, could they be anymore terrifying. It’s like the Creative Force sat and thought of a way to make spiders worse and this is what happened. Things that look like spiders but jump the same height as a toddler’s head. And when they do crawl they look more like spiders. Because why not have a pseudo arachnid crawling on me as I’m trying to drink my coffee. Guess I’ll just 3rd degree burn myself and die as I try to flee the demonic presence working its way up my blanket at 5 am. 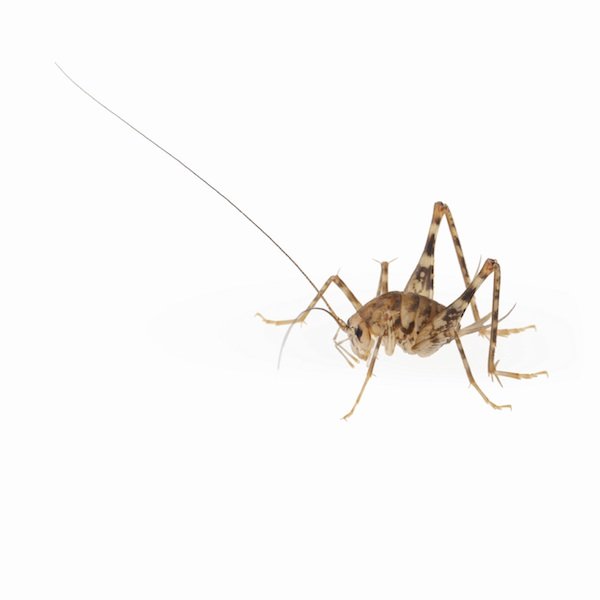 So, there I was, cleaning out the tub and I moved the shower curtain. And there it was. Bouncing around the tub like a ping pong ball at the Y.

I called for my dear and loving husband to come and eradicate the beast. Begrudgingly, he exorcised the demon from the tub with a shoe. But then he told me I was responsible for corpse disposal.

You got jokes, right? Has he never seen a horror movie? This thing is not dead. It will burst back to life the instant I try to scoop it up with whatever we have lying about. This fool. I think he’s trying to kill me. I think he’s being watching too much investigation discovery channel. Because this is how I would die. Death by demon cricket.

After much protesting, he took an old happy meal box, scooped the offending intruder up, and flushed it.

You would think that was the end of this story. But, no. No. Because why not two heart attacks a night.

As I started the water for the bath, another demon emerged from my tub drain. Are you friggin kidding me?

I thought the force of the water beating down upon its ugly, Predator-esque face would be enough to destroy. I was wrong.

5 minutes I let scalding hot water rain down on its deformed body. And yet, it hung on to the edge of the drain. It used its terrible, jumping, machine like legs to try and preserve itself.

Again, I yelled for my husband who again dispensed with the invasive species with a shoe. Another burial at sea.

Bath time is now over. And now, I am in a state of hyper vigilance. Thank you for the paranoia, demon cricket. Until we meet again. For the last time.

4 thoughts on “Demon Crickets from Hell”