This post contains affiliate links. When you buy from my links, I may earn a small commission. So, thank you. Have you recently looked for an excellent horror book? It is impossible to look for recommendations on any website without running into Stephen King's works all over the place. Undoubtedly, when we think of horror,... END_OF_DOCUMENT_TOKEN_TO_BE_REPLACED

The "King of Horror," Stephen King (pun intended). Without a question. The Master of Screams has written over 60 novels, including Cujo, It, Misery, and Pet Semetary, since releasing his debut book Carrie in 1974. He has established himself as one of the greatest writers in history. What more could a horror fan want than... END_OF_DOCUMENT_TOKEN_TO_BE_REPLACED

I do use affiliate links. If you buy through my links, I may earn a small commission. Thank you You can't escape ghosts in literature, whether you like them or not. Humans've been telling frightening stories since we were drawing on cave walls, and our addiction shows no signs of abating millennia later. However, a... END_OF_DOCUMENT_TOKEN_TO_BE_REPLACED

I know. I know. You can't judge a book by its cover. But let me tell you, I will absolutely pick up a book if it gives me fall vibes. Give me those reds, oranges, yellows, and golds. Give me leaves and pumpkins. Throw in some black cats and witchy goodness. Y'all, my bank account... END_OF_DOCUMENT_TOKEN_TO_BE_REPLACED

Even though many people like the fall for activities such as going to exciting events, taking advantage of the lower temperatures, and seeing the leaves change color, autumn is also a great time to curl up with a good book. In this article, we will provide you with seven entertaining justifications for why you should... END_OF_DOCUMENT_TOKEN_TO_BE_REPLACED

16-year-old, Rhia Caddell, doesn't know what's worse-arranged marriages or high finance. Now she's stuck with both when her desperate father agrees to marry her to the oh-so-dainty Prince of Wales in an attempt at royal tax negotiations. As a farmer, Rhia prefers toiling in the earth over romance. Life in a fiefdom requires muscle, and what good is a man who can't outlift her or bring a belligerent steer to the ground? But now, the pressure has fallen onto her to woo (or intimidate) her new, royal husband into erasing her village's debt before the king's final deadline comes due. Problem is, the prince has been given the same task-to sway his new wife, the mayor's daughter, into forking over the gold and finally earning his father's approval. For Rhia, losing their new, delicate game would mean turning over the only life and home she's ever known to the king. Winning, though, could mean giving up the fragile prince she's tried so hard, and failed, not to love.

I love looking at pictures of peoples' bookshelves. BookTok and Bookstagram have me so jealous. But I love my little corner. But it needs a little help. Dear Goddess! What has happened to my shelf. Oh yeah. Working 60+ hours a week for 2 months. Well, guess it's a good time to redo the shelf.... END_OF_DOCUMENT_TOKEN_TO_BE_REPLACED 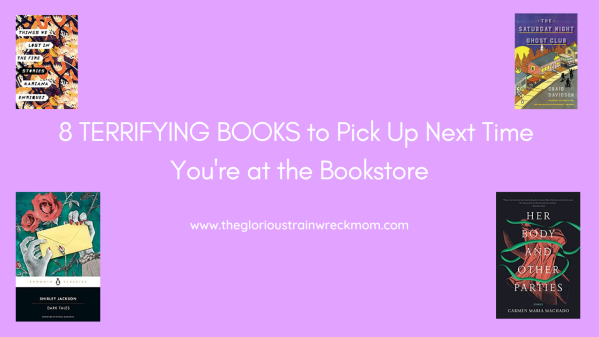 Reading a well-written work of creepy fiction in the fall will get you in the mood for Halloween by making you feel uneasy and afraid. In the spirit of Halloween, I have compiled a list of eight novels

Since the resurgence of zombie pop culture, a number of books have been adapted for film. Here are twenty more titles that deserve the big-screen treatment.

It’s a three day weekend here in the states which means I may actually have a day to read. And even if my family comes over, I need a shield between them and me. And a book is a great protector in any situation. I love articles. I love lists. I love listicles. And if... END_OF_DOCUMENT_TOKEN_TO_BE_REPLACED